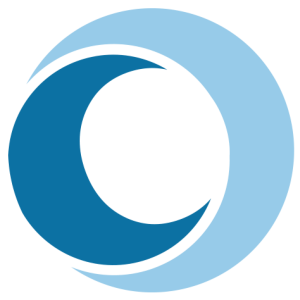 As Bob Dylan said, ‘the times, they are a-changing.” 2020 & 2021 are uber exciting years to look at consumer spending habits in the US and worldwide. No sector has seen more dynamic shifts than the Ecommerce space. In early 2020, with the rise of the COVID-19 pandemic, the US believed its economy would grind to a total halt because of the worldwide effects of shutdowns, outbreaks, and the social unrest that followed. The forecasts for 2021 looked positive. Economists believed that with the pandemic in the rearview (or nearly there), consumers would be ready to get back to normal—and spending behavior would follow suit.  What occurred was a bit more dynamic.

Spurred on by the second round of stimulus payments and other federal financial support, consumer spending went from -33% to +41.4%. These numbers carried over well into 2021, with the US seeing double-digit percentage growth in Q1 & Q2, only coming back in Q3 to 1.7% growth. Personal Consumption Expenditures (consumer spending) topped $15 billion for the second quarter in a row as we’ve seen spending roar back from the shrinking levels in 2020. The pivot fueled the most significant portion of this growth to eCommerce strategies that occurred with businesses & industries large and small.

Small businesses across the country who were able to adapt their business model to include an eCommerce component were able to capitalize on this dramatic swing and companies who didn’t struggle. Prime example, Grocery Stores. Food and Drink Ecommerce rose by 53% in 2020, and while it slowed into 2021, the digital shift brings lasting effects. Efficiencies gained through automation and digitization of processes meant lower costs while driving up revenue.

We look towards 2022 with hope. Prophase Marketing took a look back at this year; here is Prophase’s Ecomm Year in Review:

One of the staples of digital marketing, cookies have been used for years to gather identifying information about users on the web. While they have made the entire digital marketing industry possible, cookies also pose a significant privacy issue for consumers. Google was initially going to ‘kill’ the use of cookies in their algorithm in 2021. Google has since delayed that project until 2023. Apple decided to make their iPhone Identifier for Advertisers (IDFA, it’s like a cookie for your iPhone) “opt-in” for all apps on its platform—placing Apple’s CEO Tim Cook on the bleeding edge in terms of privacy advocacy. Facebook spent most of the year under incredible scrutiny due to its role in ongoing disinformation campaigns. It has made strides in changing some of its demographic targets for advertising – removing categories such as religion, political preference, and race as data parameters.

AI & Machine Learning: What to do with Big Data.

As consumer spending bounced back and companies have added more significant digital presence, eCommerce penetration into that $15 billion quarterly expenditure has multiplied. Consumers are shopping and buying more online than they ever have before. The more online interactions you have as a consumer, the more data you bring with you—and thereby—the more data that the biggest companies in tech can use for marketing the products you need. Sometimes even before you know, you need them. What do we do with all this data? We teach the machines, of course.

Machine Learning, or the idea that a computer (or Artificial Intelligence, but more on that later) can learn and perform tasks based on data. That is to say; the computer can read a set of data, apply some mathematical logic to it, and draw a conclusion or decide on its own. Machine learning isn’t a new concept; it’s been around for some time. What is new is our hardware – the computational power of computers today can keep up with Big Data—meaning machines can draw far more accurate and complicated conjectures. Even the smallest firms and businesses can potentially access the insights that previously were only accessible by Amazon, Facebook, Google, or a government entity.

Web3 technology and digital ownership became big topics in mainstream media & popular culture. Specifically, we’ve seen the Non-Fungible Tokens (NFTs) rise because of publicity doled out by social influencers, billionaires, and ‘finance bros’ across multiple platforms. Cryptocurrencies Bitcoin & Ethereum both hit all-time highs. The meaning of ‘ownership’ on the internet is changing, thereby eCommerce. Numerous firms like Ubisoft, GameStop, AMC, and well-known Pizza Hut, Nike, and Pringles are jumping on the NFT train. Firms you wouldn’t expect interacting with technology that the average consumer probably does not know exists.

The Domination of Amazon

Cash aplenty, many brick-and-mortar stores closing, and an already insane platform for sales – Amazon dominated the eCommerce space in 2021. A whopping 44% of eCommerce transactions are with Amazon, and 55% of online shoppers check a product’s price on Amazon before purchasing. As a contrasting example, eBay only accounts for 7% of online sales. Jeff Bezos saw his wealth increase to over $200 Billion for the first time (over a 4-fold increase since 2016).

The ripple effect from 2020’s global lockdown of governments and economies was still powerful through 2021. Supply Chain Issues regularly made the news at the start of the pandemic, as household items like Toilet Paper were in short supply. After the massive influx of capital to the general public, demand is through the roof, and many companies were unable to keep up with this sudden surge. Big-box stores, which had varied, and robust supply chains, were able to adapt, while smaller firms & Mom-and-Pop-Shops were left to fend for themselves. Microchip shortages lead to skyrocketing costs on consumer goods from cars to computers.

2021 was indeed the year that tried to top the madness that was 2020. The second year of the Covid-19 Pandemic has tested everyone, upended markets, jobs, and whole industries. As Dylan said, “the times, they are a-changing,” we at Prophase Marketing are excited & hopeful to see where 2022 can bring us.

Established in 1986, Prophase Marketing utilizes the latest technology, theory, and trends to create engaging and complete digital marketing solutions.  Our custom-tailored products will meet the challenges of your market in todays world. Contact us now to get started on your project!

Hail Shelter Car Covers are the only covers on the market today that truly protect against hailstorms. Many claim to protect against hail, but they just fall short. Until now, the idea of a versatile car cover that protects against hail did not exist. Their covers are engineered with unmatched Multi-Layer designs consisting of three patented, industry-leading, protective materials. The High Impact Absorption Materials are engineered to protect your investment from Hard Impact. They tested well up to Pool Ball (2″) Size Hail.

There is a large market for car covers of all kinds, but our duty was to help this company differentiate itself against competitors. Additionally, they don’t have a physical store – meaning we needed to convince those to purchase something without ever feeling it or seeing it with their own eyes.

We’ve focused our social strategy on making known what makes this car cover so great compared to others. We’ve mixed social mediums – graphics, videos, and a contest. We wanted to highlight the emotion between a person and their vehicle and why it’s important to offer their car protection.

“We have been working with ProPhase marketing for almost a year now. We tried to manage all our social media in-house, but it took too much time and was not as efficient. We needed professional help, so I did a lot of research and decided on ProPhase marketing because of their flexible plans. I was immediately impressed with their quality of their product and service. They are extremely professional, courteous, and very knowledgeable in their field. We get many compliments on our posts. The feedback is that the posts are professional, simple so as not to confuse, and consistent. I work closely with my account manager, Paige, and she is awesome! I could not be happier with ProPhase marketing. I’m so happy we found them!”

Meat Asia BBQ is a growing and developing Brooklyn-based food company specializing in Asian skewers and so much more. They want to build brand awareness and pivot social media content to reflect a more Asian, modern, pop and graffiti style.

Meat Asia is event-based and does not currently have a website. They want to pivot their content to a more eye-catching and graphic style. Overall, the challenge is to create great content that will connect with people and gets them to order their food and attend their events without external information, like a website.

We’ve focused on developing the style of the images with a mix of Asian and New York flair. It has included adding their logo to very dynamic art and photography, making memes with manga, and editing “urban” photography with their branding. It’s all about being fun and creative.

Our Sales Team received a voicemail complimenting their Social Media Specialist on how happy they are with how services are going so far. They reiterated this sentiment with “OMG, you nailed it!” on recent feedback on new content.

Please fill out the questionnaire to receive an instant quote on your social media management costs. We appreciate the opportunity!